We now look at some free 3rd party apps for both, iOS and Android. Some of these applications might come pre-installed on some Android devices. This application list is primarily picked from iOS since there is a far larger variety. Some of these apps might not exist on the Android platform.

Another point to note here is the fact that the iOS app ecosystem is a lot older than Android’s and is fairly mature. We have “aggregator” like apps for apps on iOS, which, currently do not have any equivalent on the Android platform. I will mention some of these apps as they would allow you get some usable apps on iOS for free.

Since we will start with the most commonly used and knowns apps, it would be prudent to mention that the well known Skype is an exception to how most of the other communication apps work today. While Skype still retains the legacy of using a login and adding friends, the modern communication applications will use either your phone number or your email ID for authentication and will automatically add “friends” from your address book. The current approach is obviously superior to what Skype does as you discover “friends” automatically instead of the dated, manual process. Fring, a Skype competitor, changed to the modern way a while back and is in line with the other such apps.

This is a free app and is available for almost all mobile platforms now even through it started as an iOS only app. Viber does voice, messaging, and video on the recently released desktop edition for OS X and Windows. Viber offers a seamless experience between the desktop and mobile versions. For example, you can pick a call on the desktop and transfer the call to your mobile and vice-versa. Besides the rich feature set, Viber also sports a decent UI and the UX is also good. The voice quality and the bandwidth it consumes is probably the best in it’s class. Viber remains a personal favourite for me and a lot of my colleagues and friends regardless of the platform, iOS or Android (and some others as well).

As already mentioned, Fring started off as a competitor to Skype. Today, it offers a far better alternate to Skype and most other apps. The voice quality of Fring is at par or generally better than Skype and the video quality is far superior. Fring also offers group calls on devices which Skype does not. The main drawback of Fring is that it does not support non-GSM/phone devices directly as yet whereas Skype does.

Tango is yet another VoIP app. It offers voice, video and messaging. It works on all devices and the setup is fast and easy. Is fairly well featured and is very usable.

This app, like some others, allows you free calls/messages to any +1 number, i.e., US and Canada. A recent update to this app adds video as well. There are additional charges for calling out to other countries. The voice quality is amongst the best around.

This is possibly the best such application in it’s class. This app is categorised into the “social news” class. It aggregates news from a variety of sources including other social sites like Facebook. It has a really neat UI and the UX is also very pleasing.

This is an iOS only app. The iPhone edition was a paid one. Now, this is a universal app (works on all iOS devices) and is free. This is possibly the best file/document manager that you can get for free. Although I already purchased a couple of iOS apps quite some time back to store and organise my documents, I highly recommend this free app to all now.

There are a large number of app aggregators and the like for iOS. Although AppZapp does exist as a beta on the Android platform, it is no where close to the iOS version in any terms. These apps allow you to see top apps, new apps, apps on sale, hot deals etc etc. My own usage is to keep a watch for apps that I want to purchase as and when they are on sale; and generally look at apps on sale that are free 🙂

In the next part, I will run through some of the paid iOS applications that I use. No, I never purchased any Android apps so far since I did not find the equivalents when I wanted them (a few years ago). Even though I have a couple of current Android devices, my primary device remains iOS for a variety of personal reasons. I will talk about the reasons for the iOS device being my primary device and why it might not be suitable for all. 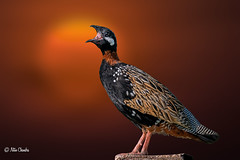 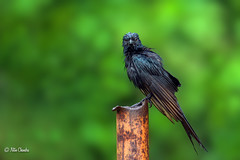