In this part, we will look at some paid apps. In general, you will need to purchase some apps on either of the platforms. The only exception to this would be people who purchase a smartphone, but, really need only a phone and therefore apps do not make a difference.

There are a few categories where one would make some purchases. In my case, those categories are personal finance, password management, business apps, navigation, reference, utilities/productivity, games (no one can escape this one), and some music.

This is possibly the best password manager for OS X and now extends the same to iOS and Windows. In todays connected world with a variety of gizmos, a password manager becomes a necessity. Some years ago, after I got the first iPhone, I also started experimenting with the Mac. When the AppStore was finally introduced on iOS, I was lucky enough to get 1Password for iOS as well as the Mac for free. Although the desktop version of 1Password was no real match for my existing Windows password manager, it was just about usable. Today, I have purchased the new iOS version of 1Password and have a family license for the desktop editions. Highly recommended for all now. 1Password is also available on Android as well and actually works much better on Android since Google does not have the “artificial” limitations like Apple puts on iOS.

This is possibly one of the oldest personal finance apps on the mobile device scene. It was just about okay and was stagnating. Once the iOS AppStore came into being, for the first time, development on PM was galvanised. It just a few months, it was really usable and kept getting better and better with every iteration. I don’t mind admitting that I purchased a few other such apps, including a current, very highly rated app, only to discover that these “highly” rated apps were pathetic and light years behind PM in every respect. Personally, I look at my purchases as a price paid trying to find something equivalent or better. This has not happened so far. I continue to use PM (from Catamount) and now have over 4 years of data in it. Highly recommended for both iOS and Android users.

I purchased this office suite as a well known and functional one. The current recommendation would be to purchase Apple apps for iOS and find alternates on Android. Since Google took over QuickOffice, it has stagnated on iOS and I would not recommend this for any purpose anymore.

The Abbyy OCR, although the most expensive around on the desktops, also happens to be the best so far. Having worked with the Abbyy SDKs in the past, I had no hesitation in purchasing this app when it was introduced. No surprises, it remains the best on the device as well. Highly recommended if you need a business card reader.

As far as maps for India are concerned, MapMyIndia is the only one that has usable maps. Sygic partnered with MapMyIndia and uses their maps. If you are looking for maps and navigation in India, do not be mislead by companies like Navigon and the likes that claim to have maps for India. There are only 2 apps on the AppStore that use MapMyIndia maps. The other alternate came much later and is more expensive that Sygic. Either of the MapMyIndia map apps should be good enough. Sygic is a legacy app and I would still not bill it as an iOS UI/UX compliant app even after quite a few updates. The UX is still dated and almost terrible. Still, only 2 apps fit the bill if you are looking for maps and navigation in India.

This is actually a legacy requirement from a few years ago when we had very few people on actual “smartphones” and the world still used messaging from providers like ICQ, Microsoft, Yahoo, Google etc. IM+ Pro does almost all such known messengers. It also includes features like saving the conversation history and email notifications. I don’t really use this anymore, but, if you do need a multi-IM on iOS, this is probably one of the best if not the best.

Although this is an iOS only app, the idea applies to all platforms. I wanted an Ad-Blocking browser. Keep in mind that mobile bandwidth is expensive and there are quite a few occasions (with me) that I need to lookup stuff and that would include getting into a lot of ads. Although, I don’t mind ads on regular broadband/leased lines, on 3G, it is expensive. So, although I would recommend Mercury Browser Pro, almost any similar ad-blocking browser would do.

Although this is a new app on iOS and is currently free. I only mention it here for two reasons.

Ever since Google stopped the Active Sync (Exchange email) for free accounts earlier this year, you cannot get GMail notifications on iOS by default.

You can setup MailBox with all your GMail accounts and then delete the accounts. MailBox will still continue to deliver notifications and you would still enjoy the seamless email experience (almost) as you did before.

And now, some more ranting from my side…

Mostly when you see benchmarks being published across devices, one of the most common one is a “browser” benchmark. Specifically, how fast javascript performs. Hey, this spanking new xxx core processor based device loads this particular page (which, most people would never visit anyway) 2.x times faster than the other device. The difference? Zilch…nothing in practice. How do I care if a browser renders a page I never visit 2 times faster? If we talk in terms of time, the difference is there only for benchmarks. If we talk in terms of the data transfer (cost of 3G) it is the same. So, how do I care if the un-visited page is rendered in .01 seconds on one device and .02 seconds on another? Benchmarks are good for perception and competition. For the end user, it should be taken with a pinch of salt (so to speak).

Well, I have purchased all of 3 games till date (well…maybe some more that I don’t recall). Although I will not go into any preferences here since I am not a gamer, I would like to mention the name of a company and it’s mal-practice which is allowed by Apple on the AppStore on iOS. It could be the same on Android, but, I cannot comment on that since I have not tracked this on the Android platform. I wrote to this company and the final reply was that it was “company policy”. I wrote to the AppStore support and got no reply on this issue, even though the Apple support, otherwise, is extremely prompt and good.

Normally, I would not mention these specifics, but, since this mal-practice continues on the Apple AppStore even today, it deserves mention.

The company is Playrix. They make stunningly beautiful games. Almost every aspect of their games is really outstanding. With such immense talent, one would have to wonder as to why they resort to this kind is mal-practice. What Playrix does is that they occasionally release “premium” or “full” games for free. Within hours or day(s), the same game gets an in-app-purchase (IAP) to unlock the full game or becomes fully paid only.

You will see similar comments in reviews on the AppStore as well. If your re-install the game that you had a full version of, you would need to pay for it again. If you paid for the IAP, then, you might land up paying for the full version. Interestingly, all their games also have non “premium” or non “full” versions which have IAPs. There is absolutely no difference between the two. I have, from this company, on email, that this is their “company policy”. I also have sent email to Apple iTunes support with no response. For the end user, my advise would be to keep a check on all Apple AppStore purchases and there may be a lot more companies following the same pattern.

Once again, like I already ranted in an earlier post, none of this happened while Steve Jobs was around.

The next post, would be the last in this series. In this, the last one, I would present my own conclusions based on my own experience as well as the experiences of friends and colleagues. Hopefully, the conclusion would help you make a better purchase decision on the next device. 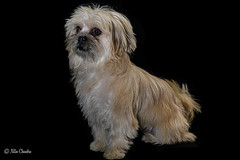 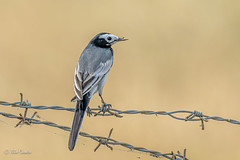 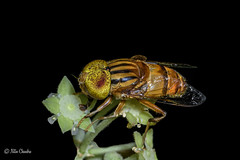 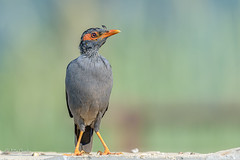 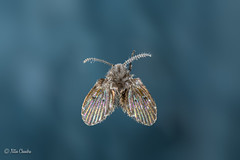